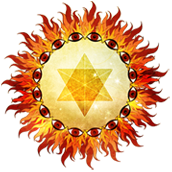 â2012: Time for Changeâ presents an optimistic alternative to apocalyptic doom and gloom.Â  Directed by Emmy Award nominee Jo?o Amorim, the film follows journalist Daniel Pinchbeck, author of the bestselling 2012: The Return of Quetzalcoatl, on a quest for a new paradigm that integrates the archaic wisdom of tribal cultures with the scientific method. As conscious agents of evolution, we can redesign post-industrial society on ecological principles to make a world that works for all. Rather than breakdown and barbarism, 2012 heralds the birth of a regenerative planetary culture where collaboration replaces competition, where exploration of psyche and spirit becomes the new cutting edge, replacing the sterile materialism that has pushed our world to the brink.

Use the film to build the movement